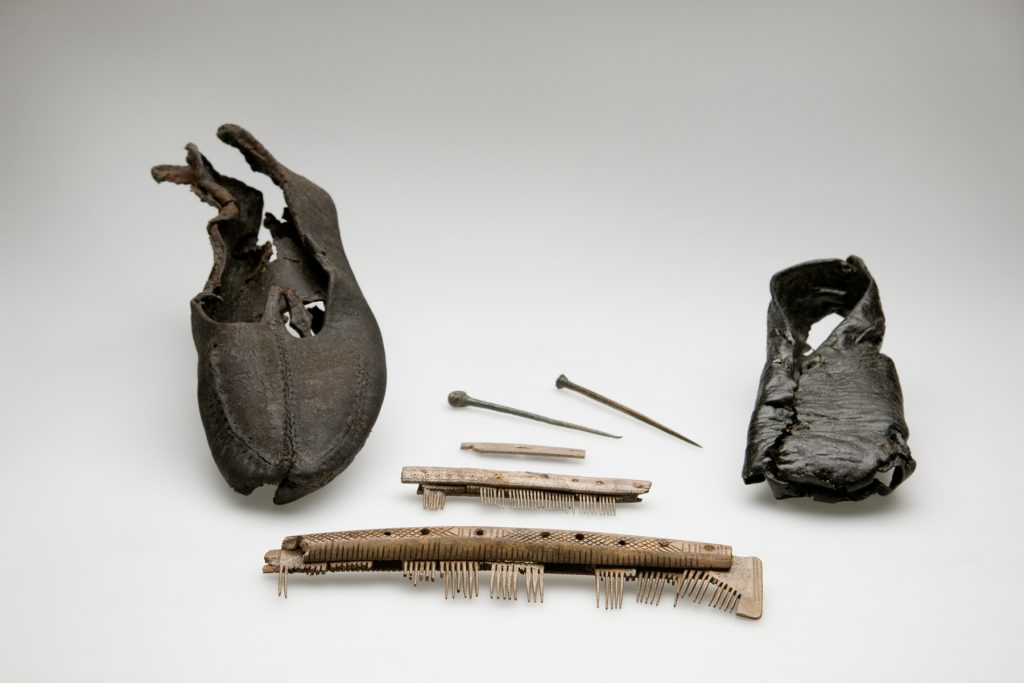 Crannogs were man-made islands situated in a shallow part of a lake. County Monaghan has an abundance of shallow lakes many of which contained crannogs.

Many interesting items have been found in or around local crannogs and some of them are displayed here. Two shoes, one a child’s, were made from stitched leather. Heavily decorated combs were fashioned from bone. Bone and antler was also used to make these needles. These man-made islands, which mostly date from 400AD to 1600AD were initially built for defence against attack but as time passed they more commonly used as way for a local Chieftain to show his importance.