On Friday 28th June 2019 in Monaghan Town, Leas Cathaoirleach of Monaghan County Council Seamus Treanor officially launched the Gum Litter Taskforce’s gum litter education campaign. The Gum Litter Taskforce (GLT) has been successful to date in changing the public’s behaviour by encouraging correct gum disposal through a targeted education and awareness campaign. The 2018 campaign maintained an all-time high of 93% of people stating that they regard chewing gum as litter, up from 74% when the campaign first began in 2007.  This points to the attitudinal impact which the campaign has had to date.

Speaking at the launch, Leas Cathaoirleach Seamus Treanor said; “The Gum Litter Taskforce’s gum litter education campaign is a fantastic initiative which harnesses community spirit and channels it towards achieving a common goal, that of ridding our streets of littered gum. I am delighted to see local communities from right across the county coming together again this year under the GLT banner in an effort to make a positive change within their respective localities. The GLT campaign has made some very positive inroads to date on this issue and I hope that the campaign will continue to do so again this year.” 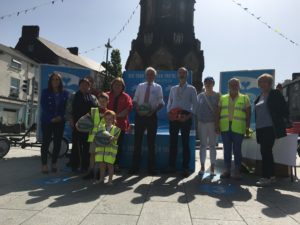 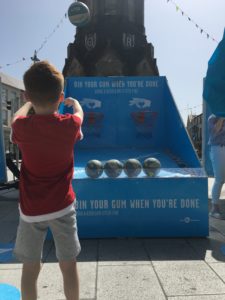 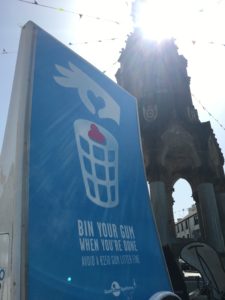